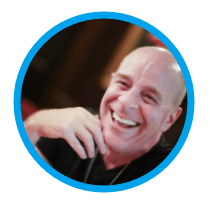 VocalChimp was developed as a solution to needed by Jonathan Bomser, Founder and CEO for some of the video and animation projects he was working on. His major frustration was that there were not any software products or services that were good for making voice-overs. He hired individuals, people from Fiver and many other voicer-over artists who were all expensive and difficult to work with. Plus, every time, Jon Bomser made a change it cost a fortune!

Jonathan is currently founding, investing and board advising in several early stage and start up companies. Jonathan has been involved in Technology, Media, Marketing and Advertising for a multitude of Fortune 500 companies for over 30 years.

He has served as a strategic, creative and marketing executive and consultant for both parent companies and subsidiaries at AOL, The National Football League, The Walt Disney Company, NBC, MTV, Viacom, Time Warner, USA Today, Alliance Entertainment, WPP, Penguin USA, along with numerous other established companies, start-up ventures and reorganizations.

Jonathan has also helped manage the technology initiatives, creative strategies and business development for AIM Pages.com, AOL’s Social Network. Since May 2006, Jonathan has also been consulting for technology, marketing, sales and creative strategies for Veoh.com, BigString.com, Vuguru.com and others. Before consulting for these major companies, Jonathan was a principal in En Pea Productions,Inc. which was a television production company focused on reality television, commercials and music videos. Jonathan is also the former Board Member, CEO and President of WoozyFly.Inc. Trading on under the symbol WZFY.

Manage Cookie Consent
To provide the best experiences, we use technologies like cookies to store and/or access device information. Consenting to these technologies will allow us to process data such as browsing behavior or unique IDs on this site. Not consenting or withdrawing consent, may adversely affect certain features and functions.
Manage options Manage services Manage vendors Read more about these purposes
View preferences
{title} {title} {title}